Ecofitness Project: Funded through DHEC's Champions of the Environment Program

The purpose of the Ecofitness project is to explore mechanical energy as an alternative energy source while promoting green and healthy lifestyles.  Using a Read and Ride bicycle as a mechanical energy generator, students in the Next Energy class calculate the efficiency of the bike and compare it to other alternative energies studied in class, including solar, wind, and hydrogen fuel cells.  After using the bike for their energy efficiency studies, students will use the Ecofitness generator as an outreach tool to middle and elementary school students, as well as the greater community as a tie-in with the county library branch located on the school campus.  As the Read and Ride bicycle is designed to allow its users to read a book while exercising, it provides a unique opportunity to promote air pollution reduction, literacy, and healthy lifestyles at the same time.

The bicycle is available for supervised exercise, which feeds current back into the grid, thereby reducing the power needs within the class.  Students calculate watts generated, carbon dioxide avoided, and calories burned as measurements of the impact of the bicycle on energy use.  The inspiration for the Ecofitness project was to engage students in both environmental education and healthy lifestyles in a way that makes energy conservation meaningful to each participant.  When students discover that their laptop needs roughly 30 watts of energy to charge, and they have to provide it through moderate exercise, the meaning of a watt in terms of power becomes clearer, as well as its relationship to calorie burning and intake.  In addition, the bike can be used to charge mobile devices, which can be a powerful incentive to exercise for teens! 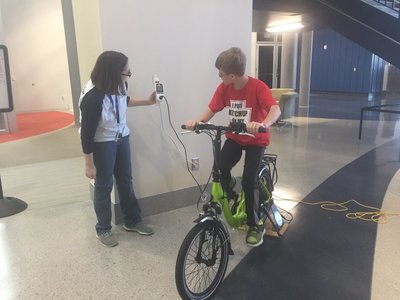 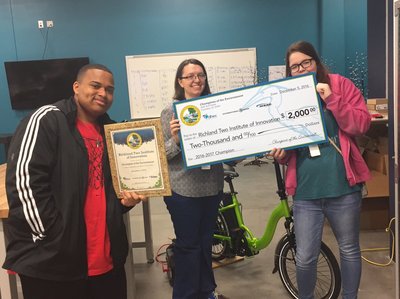 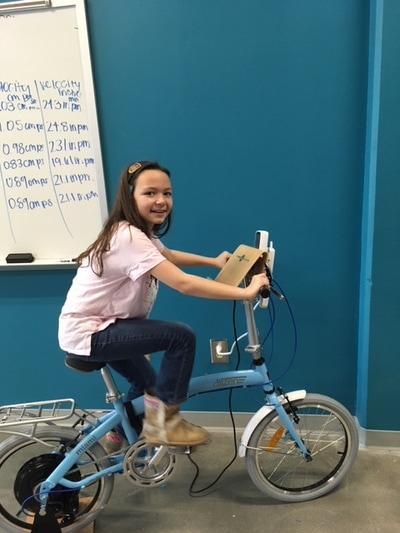